Plant a tree in memory of Reginald
An environmentally-friendly option 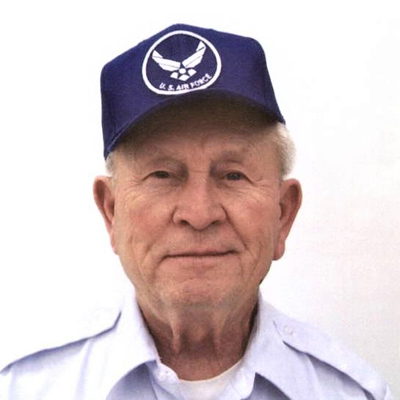 CHARLESTON, IL – Reginald “Reg” Clinton Ealy, age 91 of Charleston, Illinois, passed away Wednesday, March 31, 2021 while at Arbor Rose of Charleston.  A private funeral service will be conducted by his family and burial will be in Mitchell Cemetery, rural Ashmore, Illinois.  In lieu of flowers, the family suggests donations be made to Ashmore Masonic Lodge and mailed in care of Adams Funeral Chapel, 2330 Shawnee Drive, Charleston, IL  61920.

Reg was a graduate of Ashmore High School and was a proud veteran who honorably served his country with the United States Air Force from 1950 – 1954.  He worked as a parts manager for the John Deere Implement Company in Ashmore and served as Chief of the Ashmore Volunteer Fire Department.  He was also a member of the American Legion and an active member of the Ashmore Masonic Lodge #390 A.F. & A.M. where his assistance with the annual lodge oyster dinner was always appreciated.  Following retirement from the implement company, Reg began a second career helping Lisa at her established business of Ealy’s Real Estate Appraisals.  He was known to satisfy the sweet tooth of many employed with the local financial institutions as his visits were usually accompanied with chocolates to share.  Reg also liked to dance, travel, and enjoy, along with Lisa, the winter months in warm and sunny Florida.  He never met a stranger and always had a kind word to share with all he met.  Reg loved his family dearly and his grandchildren all have fond memories of attending Grandpa’s “school of phonics”!  Reg will be dearly missed by his family and many friends.

Plant a tree in memory of Reginald by clicking here.
To send flowers to Reginald's family, please visit our floral store.

Plant a tree in memory of Reginald
An environmentally-friendly option

Plant a tree in memory of Reginald

3 trees planted in memory of Reginald

We are sorry to hear of Reg's passing.   He is remembered as the best parts man ever!  Always nice and so helpful .  Our thoughts and prayers are with the family.
Dale and Dea Greathouse

A Memorial Tree was ordered in memory of Reginald C. Ealy by D. Christine Lucier-Ealy .  Plant a Tree

Ealy Family,
Gerri and I were saddened to learn of Reg's passing. He was a good man and Brother.
Liked visiting with him at Coffey Bros. and when he came into the Assesor"s office in Paris.
You are in our thoughts and prayers.
With heartfelt sympathy,
David and Gerri Wright

Sorry for your loss. I used to walk up to the courthouse almost everyday when I was sheriff and sometimes I would run into Mr. Ealy. We always had a pleasant talk, he was very interesting to talk to and very intelligent. I always enjoyed our” little sidewalk talks”.
A good man, not only a loss to his family but to our whole community too.

We share many great memories of Reg n his family. Totally a great family.

Plant a tree in memory of Reginald