Plant a tree in memory of Guy
An environmentally-friendly option 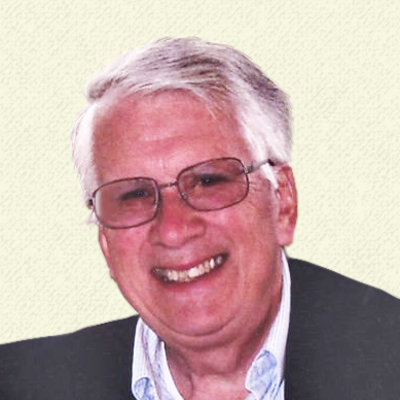 CHARLESTON, IL – Guy H. Loucks, age 79 of Charleston, Illinois and formerly of western Pennsylvania, passed away on Friday, March 12, 2021 at Mattoon Rehab and Health Care Center.  There are no public services planned at this time.  Memorial donations in his memory may be made to the Charleston Food Pantry or to First United Methodist Church in Mattoon and mailed in care of Adams Funeral Chapel, 2330 Shawnee Drive, Charleston, IL  61920.

Guy was born May 11, 1941 in Connellsville, Pennsylvania, the son of Keith and Constance (Schmidt) Loucks.  He was a graduate of Mercersburg Academy in Mercersburg, Pennsylvania and furthered his education at the University of Pittsburgh where he attained a bachelor’s degree and a Master’s in Business Administration.  Guy went on to own his own telecommunications consulting company.  Guy’s interest in helping other young entrepreneurs was evident as he volunteered his time as a mentor with the S.C.O.R.E. program dedicated to small business development and growth.

Guy married the love of his life, Nancy Miller, on February 22, 1964 at the Wesley United Methodist Church in Uniontown, Pennsylvania and they have shared and experienced life together for the past 57 years.  In addition to his loving and devoted wife, he is survived by two children, Samantha Ellen Loucks (Dean Hebert) of Centennial, Colorado, and Guy Humphries Loucks, Jr. of Tampa, Florida; a grandson, Carson Groff of Charleston; and a sister, Jeanne Stroetz (Edward) of Fort Myers, Florida.  In addition to his parents, he was preceded in death by a sister, Linda Digel.

Guy served his country with the United States Army during the Vietnam era.  He was a man of faith and a member of First United Methodist Church in Mattoon where he joined his voice with others in the church choir to lead in worship through song.  Guy also sang with the Rochester Oratorio, which was a premier community choir in Rochester, New York.  He served his community as an active member of the Charleston Kiwanis Club, a local service organization.

Guy’s interests were many and varied.  He enjoyed photography, was a history buff, and a man who loved and appreciated God’s creation and the world around him.  He could be described as a conservationist, dedicated to maintaining, enhancing, and protecting the animals and the great outdoors that he so loved.  Nothing was more precious and dearer to Guy than his family.  Nancy, Samantha, Guy Jr., and Carson will always cherish the blessing of his unconditional love and the many memorable times shared.

Plant a tree in memory of Guy by clicking here.
To send flowers to Guy's family, please visit our floral store.

A service summary is not available

Plant a tree in memory of Guy
An environmentally-friendly option

Plant a tree in memory of Guy

5 trees planted in memory of Guy

I had the distinct privilege and pleasure of meeting and enjoying the company of Guy at the Loucks reunions in York Pennsylvania.  He really appreciated all the scrapbooking albums of pictures that I had taken at the 300th anniversary Loucks reunion.  He will be missed for sure.
From:  your Canadian Loucks cousins,  Wendy and Peter Shantz  (Peter's paternal Grandmother was Anna Margaret Loucks from Indiana).

Nancy, my condolences go out to you. I will keep you and your family in my prayers.

You and I explored our family tree together. May this tree flourish in memory of you and all your family.
Carol Westerman

A Memorial Tree was ordered in memory of Guy H. Loucks by Carol Westerman.  Plant a Tree

Cousin Guy and I did not meet until we were "old" (oldish?) but thanks to the Internet and his visits to Scottdale (thank you Nancy for attending your High School reunions) we formed an overdue friendship and shared a lot of family history.  I am grateful for that and will truly miss him.

Plant a tree in memory of Guy